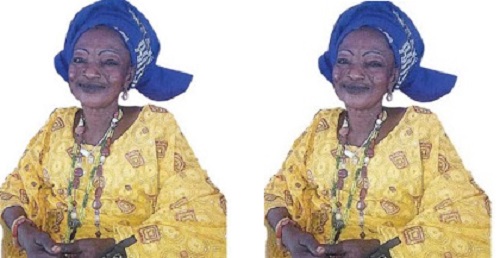 Arikeusola popularly known as Osuntohun.
The 67-year-old screen star reportedly died in her home on Friday following a long battle with an undisclosed ailment.
She is said to have passed on in her house at Ijetu area, Osogbo, Osun State.
Confirming the news of her death, Ademola Adedokun, the Secretary of Theatre Arts and Motion Pictures Practitioners Association of Nigeria in Osun State described her as “passionate and committed actress who gave her best to the vocation.”
He added that she would be remembered for her motherly love and care.
Osuntohun is known for her roles in Ajileye productions of the ’90s.
She starred in films like Koto Aye, Koto Orun, Aye Akamora.
She also produced movies like ‘Omi Ipin,’ ‘Imi Esin’ and ‘Ogun Omo Iya le’, which Adedokun said was her last work.

Trend: Dad gets an ENTIRE NEW p.e.n.i.s but this time on his ARM